You might picture Neanderthals as big game hunters jabbing their spears into the flesh of a rearing woolly mammoth. But it turns out their paleo diet wasn’t always that heavy on the red meat — suggesting they were more adaptable than they get credit for.

New archeological evidence shows that at times, a staple of the Neanderthal diet was a speedy animal that can’t easily be hunted with spears — rabbits, reports a new study from Canadian and French researchers published today in the journal Science Advances.

The study examined animal bones excavated from eight sites, mostly caves, in southern France, near the Mediterranean Sea, dating from 400,000 to 40,000 years ago. Researchers know they belonged to Neanderthals because of the types of stone tools found there.

“Many of these early Neanderthal sites contained sometimes 80, 90 per cent rabbits,” said Eugene Morin, assistant professor of anthropology at Trent University in Peterborough, Ont. “It was not something rare.” 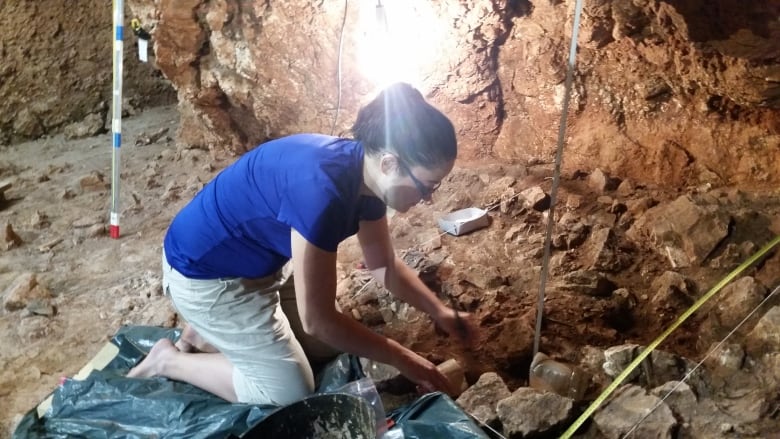 Morin led the research with postdoctoral research Jacqueline Meier, who is now a zooarcheologist and part-time faculty member at the University of North Florida.

The discovery came as a surprise because Neanderthals were thought to hunt almost exclusively large, hoofed animals such as deer, wild cattle, mountain goats and horses. (Remains of elephants were also found at one site, Morin said, but it wasn’t clear whether the Neaderthals killed them or scavenged them from other predators).

Hunting rabbits would have required a different technology, such as traps or snares, and would have produced relatively little meat for the effort.

“It’s a lot of work to kill a speedy animal like a rabbit,” Morin said, adding it suggests Neanderthals were experiencing food shortages and were finding ways to adapt by expanding their diet.

While modern humans who lived in the region later were known to hunt a wider variety of animals, including rabbits, Neanderthals were thought to be less versatile and adaptable.

That’s one reason researchers have proposed that Neanderthals went extinct when modern humans did not.

“The more we know the more we learn about Neanderthals, I would say the more remote this possibility seems,” Morin said. “We realize that Neanderthals were in many ways not that different from early modern humans.” 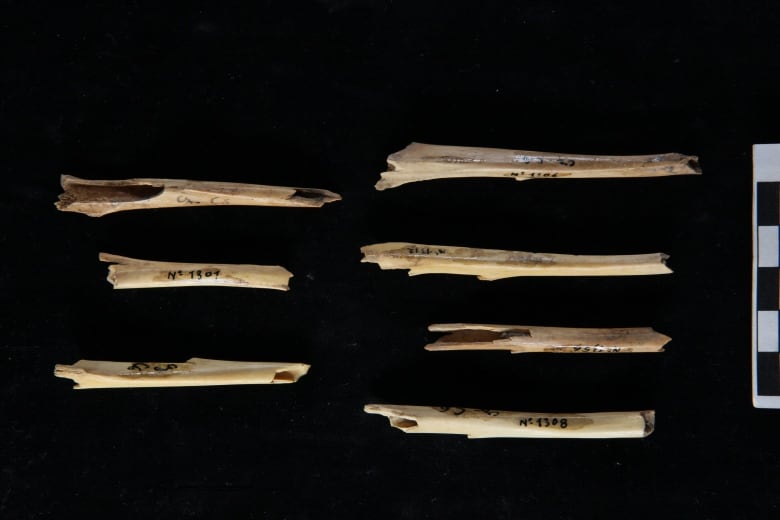 Rabbit long bone tubes from the cave site of La Crouzade, in southern France. The ends from these bones were probably snapped off by humans in order to extract marrow from the shaft cavity. (EPCC-CERPTAUTAVEL)

Rabbit remains were first reported at Neanderthal sites in Spain and southern France in 2011.

Morin was intrigued and decided to check other sites in the region.

He and Meier carefully examined all the animal bones found at each site, most of which have been completely excavated and are now housed in museum collections.

They found clear signs that humans had cut the bones with tools, and in some cases, had burned them.

“Either they are roasting the rabbits or once they’re done eating them, they’re throwing the bones into fire,” Morin said. 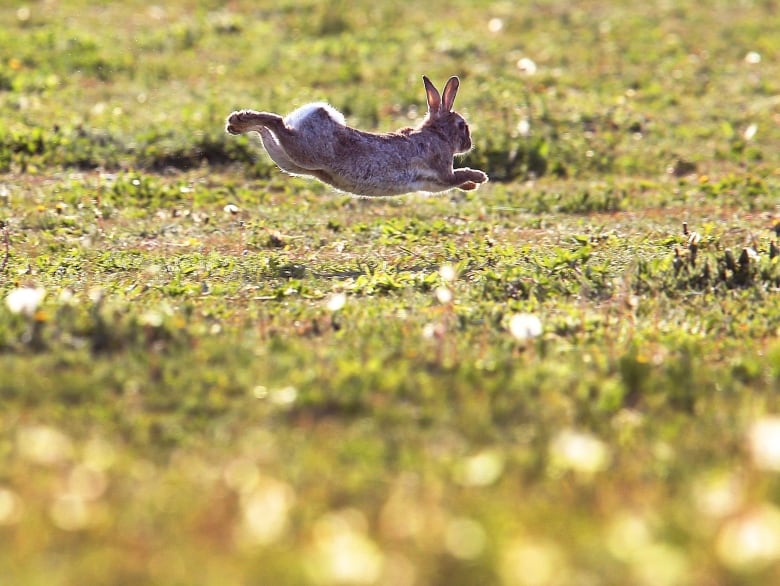 A rabbit seems to fly as it runs over a meadow in a park in Frankfurt, Germany. Rabbits would require different hunting technology to capture and kill than deer and cattle. (Michael Probst/Associated Press)

Meier said many longer bones, such as femurs, had been converted into hollow tubes.

“It looks like early humans were snapping off the ends with their teeth to create kind of a bone straw and so they suck out the marrow inside to get some extra calories.”

That’s something other predators, such as wolves or hyenas, don’t do. Such predators also leave distinctive gnaw marks on the bones and swallow some of them, which end up partially digested.

The differences allowed the researchers to distinguish between bones of rabbits eaten by humans and those eaten by other predators.

Meier said now that people know Neanderthals knew how to hunt small, fast animals in some places, she hopes that will inspire researchers to re-examine small animal remains at other Neanderthal sites. 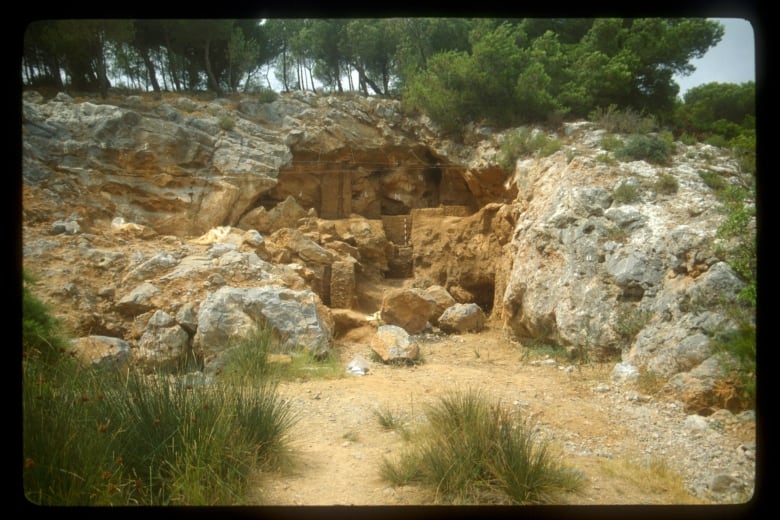 At the Les Ramandils cave in southern France, many rabbit bones were found burned, suggesting the animals were eaten by humans. (Eugene Morin)

Julien Riel-Salvatore is associate professor of anthropology at the University of Montreal who also does research on ancient humans in Europe but wasn’t involved in the study. He said in an email that the research was thorough and used convincing methods to show Neanderthals were able to hunt small fast-moving animals that was thought to be the distinctive “cornerstone of the growth and resilience” of modern humans when they arrived in Europe 45,000 years ago.

“This requires know-how about their behaviour and distinct skills to manufacture hunting technology radically distinct” from that used to hunt animals like deer, Riel-Salvatore noted. He added that it fits well with other recent studies showing Neanderthals had a more diverse diet than believed, including mushrooms and a wide range of plants, such as wild cereals, along with birds.

But it also raises questions, he added.

“If diet breadth expansion wasn’t the thing that gave us an advantage and allowed us to sustain growing populations, what did?”

The study was funded by the Social Sciences and Humanities Research Council of Canada.

Follow These Diet Tips To Lose Weight And Get Healthier

Dozens of B.C. naturopaths under investigation over advertising

Wearing of life-jackets to become mandatory on some seaplane flights

Dozens of B.C. naturopaths under investigation over advertising

Missouri is home to one of the most underrated wine…

10 unique ways king cake is being served in New Orleans

History and healing waters at the iconic Omni Bedford…